This should sit well with Hawkeyenation.
H

This was decided 3 months ago. He tried dragging it out for looks. Can tell he's an amatuer though he shoulda waited to make it a Friday afternoon news dump if that was really what he was going for

Meh...he’s just the player to be named later from the Ryan Hogan deal 20 years ago

Oh well. Im ready for the next generation anyway. 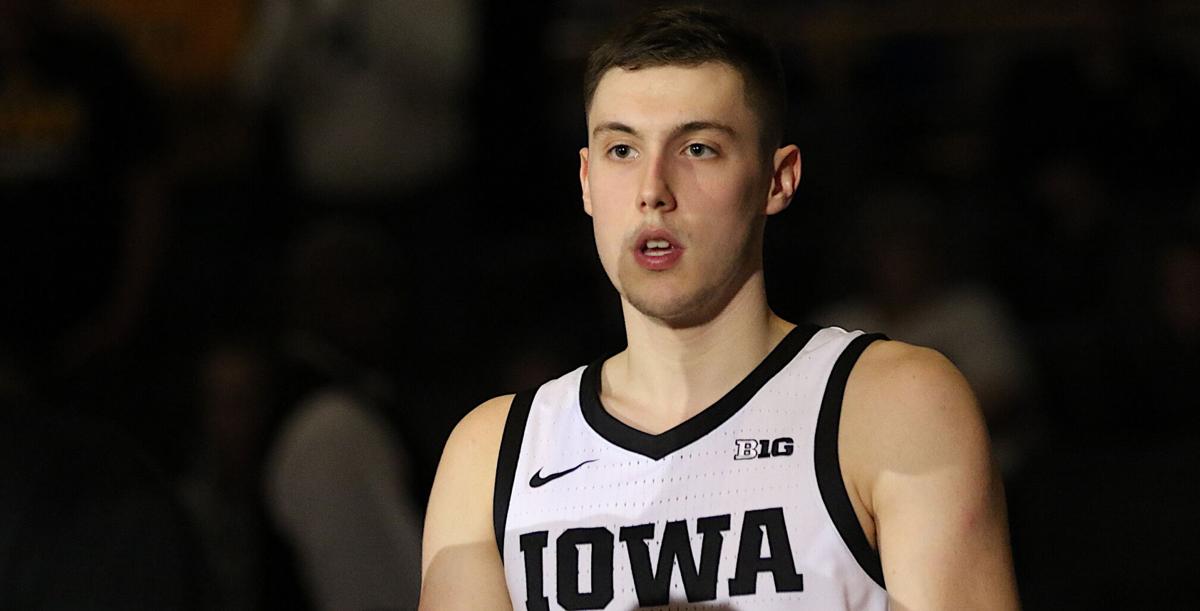 I didn't see this coming. Does he have any connection to the program?
P

That one came out of left field.
H

If the kid wants to go good luck to him. But I have a bad taste in my mouth. Next guy in come on hawkeyes

Let me show you my shocked face...
L

Shocked Pikachu. Wonder how much uncle was paid?

Lol, you shocked and stun people kill me.

So Kentucky didn’t want him until he proved himself under Fran.......... nice move kid and Kentucky’s scum bag coach.
B

And neither will the rest of the sporting world.

Now after chiding the kid for his lack of loyalty I will add this, Bohanan should never had started before CJ as CJ brings the ability of being able to attack the basket in a way Bohanan can’t do nor ever will. In that regard you can’t blame him for leaving? Nice move Fran.
H

BigD said:
Now after chiding the kid for his lack of loyalty I will add this, Bohanan should never had started before CJ as CJ brings the ability of being able to attack the basket in a way Bohanan can’t do nor ever will. In that regard you can’t blame him for leaving? Nice move Fran.
Click to expand...

CJ started every game he ever played in. Which means Bohanan never started before him. They played different positions.

haydensly said:
CJ started every game he ever played in. Which means Bohanan never started before him. They played different positions.
Click to expand...

Well technically that may be true, but it was apparent who spent more time on the floor playing. I wonder if fans watched the off the ball movement of each player. I know it is the norm for people to follow the ball, but there are some high school coaches who would demand that their starting guards be out there on the floor moving around and even running from base line to base line if necessary. Just randomly pick any game and watch what Bo was doing out there.

Now to be fair I don't know what Fran expected from his guards, especially his sharp shooters. He may have told them to just stand out there a barely move around. There are defensive purposes for a coach wanting to do that, so that's why I can't be too critical of a player. However having said that I several times have particularly watch Bo and he just seemed to stand around a lot around the top of the key.

Next season most teams with a quick guard should be able to neutralize Bo by just staying inside his shirt. Someone is going to have to really step up and help out to put pressure on opposing teams so that they can't just focus on Bo defensively. If JoeW returns for another season that would help out like crazy and put our guard position in a much better position. Then the big picture will be focused on what out post position players will be able to do. You won't be able to replace an all American center but if the other players are contributing then you don't necessarily need an all American there. With good forwards and guards just a average center will do.

If JoeW doesn't return then it could be a very, very, long year for the Iowa basketball program. If he does return then Iowa could be halfway decent and finish in the top eight of the conference somewhere.

BigD said:
Well technically that may be true, but it was apparent who spent more time on the floor playing.
Click to expand...

Bohannon played 29 minutes per game this year and CJ played 25 (and started).

You’re saying that if they had swapped 5 minutes CJ would’ve been satisfied somehow? CJ Fredrick is a total flake and we just didn’t know it till now. Call a spade a spade, man. I don’t always agree with Iowa coaches, especially Ferentz, but you just literally stretch every single thing that happens on an Iowa sports team into an indictment of that particular coach.

If Luka Garza broke his foot and had to take a medical redshirt you would turn it into something about how it was Fran's fault and how he caused it somehow.

I’m surprised when Wirfs got his OWI that you didn’t come in here and tell us it was Ferentz’s fault.
N