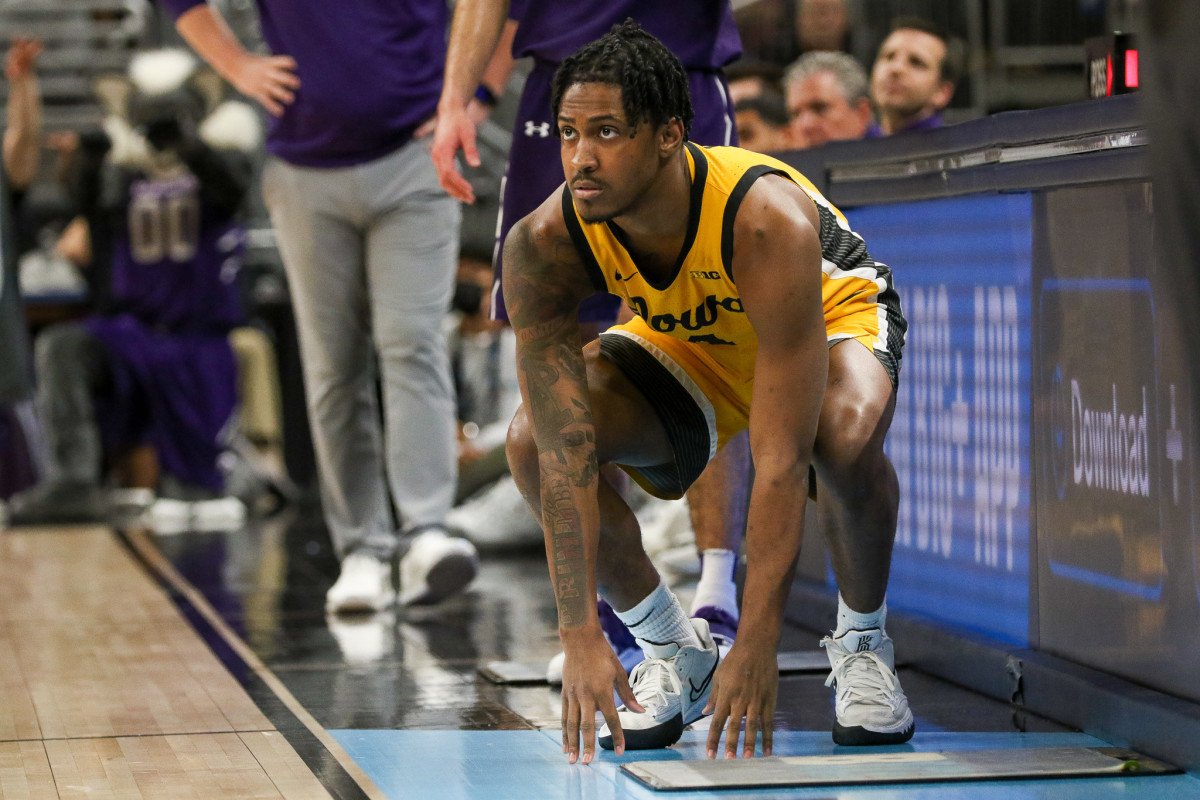 Teams that have size and play with a lot of physicality will give Iowa problems all year. They have to learn how to grind out games when they are not shooting well.

trj said:
Teams that have size and play with a lot of physicality will give Iowa problems all year. They have to learn how to grind out games when they are not shooting well.
Click to expand...

That's where we gotta get SOMETHING out of Josh O and Mulvey.

Doesn't have to be the world, but what we got out of Josh vs Purdue in the BTT final was perfect. For five minutes of game time he was a factor.

If we have to play Kris down there extended minutes to spell Rebraca, there are some matchups he will be able to exploit, but not going up against Hunter Dickerson or Zach Edey or Trayce Jackson-Davis. Those would be bad matchups.

My takeaways from this game would be, no real takeaways.
B

aint going to beat anyone shooting the ball that poorly.

Bigtenchamp said:
aint going to beat anyone shooting the ball that poorly.
Click to expand...

Josh is actually showing a skill set I didn't think he had, his conditioning is getting better. Josh is the x-factor to me along with Peyton getting his shot right. Our guard court played the best of anyone last night and both Ulis and Bowen were great. Perkins can move back into his power guard role and help on the boards. Most disappointing was the performance of Patrick and Kris, both struggled with Kris struggling both games. Kris will not be as steady as Keegan, he is a complementary player. Iowa really struggled with the physical play and inside as usual for a Fran coached team. I expect them to get tougher as the season progresses. They will struggle with fast physical teams and as noted already everyone can't have an off game in the 3 point game. This does seem to happen a lot to Fran's teams. Not many teams can bring in as many talented players as TCU did. The pre Big Ten schedule is going to really give the players experience ala Michigan State.

We definitely need a strong presence in the post position to help out more.

Josh Ogundele Has show some passing skills that impressed me. Some serious strength and cardio conditioning for him could bring the much needed presence that Iowa is lacking. If it is addressed you could see Josh making big strides next season and contributing later this season.
H

My takeaway is that Iowa should score more points and give up less points to win more often.
P

I hate to beat a dead horse but man would Nunge help these last two years.

I think I learned mostly is there is a cap on how good this team is in it's current stage. Gotta play and shoot better.

We are rich with point guards. The lack of a “real” point guard has had the full attention on HN posts. Now it’s the 5. OK then.
G

HuckFinn said:
We are rich with point guards. The lack of a “real” point guard has had the full attention on HN posts. Now it’s the 5. OK then.
Click to expand...

And another point guard coming next year.
P