Memphis Grizzlies: The FedEx Forum crowd showed up Saturday hoping to party and went home confused like they had just watched a foreign film with no subtitles. Edwards’s 36 points led the Minnesota Timberwolves to a 130-117 victory that exposed multiple areas of concern for the Grizzlies, who finished the regular season with the NBA’s second-best record.

Toronto Raptors: The scrappy Raptors were a trendy pick to upset the Philadelphia 76ers because their length and athleticism on defense has posed problems for James Harden. If Harden couldn’t perform like a star, the thinking went, Philadelphia’s offense would short-circuit.
Instead of melting down, the 76ers dismantled the Raptors, 131-111, in a game that was even more lopsided than the score indicated. Toronto’s small front line struggled to handle Joel Embiid inside, and its vaunted perimeter defense was torched by Tyrese Maxey for 38 points. Nothing went well for the Raptors: they didn’t get out in transition, they didn’t force turnovers, they conceded more three-pointers than they made and they lost standout rookie forward Scottie Barnes to a bad ankle sprain.


Brooklyn Nets: No one suffered a more gut-wrenching Game 1 defeat than the Nets, who lost 115-114 thanks to Tatum’s spinning layup at the buzzer. Brooklyn need not panic yet: The high-intensity contest felt like the opening act of a long series, and the Nets were in position to steal a road win even though Kevin Durant played one of his least effective playoff games in recent memory. Despite regular heckling from the TD Garden crowd, Kyrie Irving poured in 39 points and could have iced the win with better decision-making on Brooklyn’s final possession.
The Nets suffered without Kylee for most of the season

Warriors might be back. This is a Good Thing.....

The Golden State Warriors beat the Nuggets so badly Saturday that many Twitter users wondered whether Nikola Jokic was really a deserving MVP. A better question: How did Jokic possibly lead this group to 48 wins without Jamal Murray and Michael Porter Jr.? Denver’s perimeter defense stood no chance of containing Golden State’s guards, even though Stephen Curry came off the bench in his first game back from a foot injury.


Jordan Poole was electric in his postseason debut, scoring 30 points and hitting five three-pointers in just 30 minutes. But the Warriors feasted on open looks, playing two or three steps ahead of the Nuggets at every turn. As long as Kevon Looney and Draymond Green continue to make Jokic work for his own offense, Golden State’s clear advantages in talent, depth and experience should carry them easily into the second round.

The only way I’ll ever follow NBA in the rest of my lifetime is if Keegan Murray becomes a regular player.

Fryowa said:
The only way I’ll ever follow NBA in the rest of my lifetime is if Keegan Murray becomes a regular player.
Click to expand...

I hadn't watched it for years, but the Golden State Warriors a few years ago were
fun to watch

Probably going to watch the Warriors in the playoffs this year

I grew up in Philadelphia and watched the Philadelphia Warriors with Dr J, and the Celtics with Larry Bird, stopped watching after Michael Jordan stopped playing with the Bulls

It has been garbage for the most part since Jordan

thedukeofearl said:
It has been garbage for the most part since Jordan

Last Stand for the Lads

This will be the last time they will be in contention

Smash em in the mouth, get the call in their house

Steph might be pushing too many Subway Garbage Sandwiches

Order one and compare it to the online masterpiece

Damn, the Warriors were the team that brought me back to watching the NBA

Playoffs Only, Of course

Not a baseball fan, a bit too slow for me

Would rather clip my toenails and count the clippings

Spence is pre season All American

Quality and experience win out

Seth and Klay ride on

It's All Good, Lads 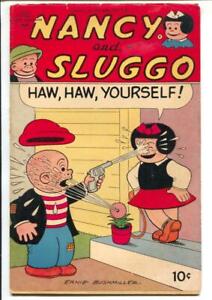 I can't quite get a feel about anybody in these playoffs. The first round was awesome, the 2nd round has been kinda sucky other than Milwaukee/Boston. Right now, I would say a Boston/Phoenix final, but wouldn't be shocked if you got Milwaukee/Golden St.

Could be the Celts vs Phoenix, Jayson Tatum is very difficult to stop
and they are playing with hard-assed attitude

Steph Curry could be gobbling Subway sandwiches watching the finals

Phoenix Suns going down in flames

I'm one that still likes the NBA, at least when it comes to the NBA playoffs. That said I'm honestly enjoying it this year. No clear cut favorite and lots of interesting storylines.

Are the Warriors back?

How much further can the Mavs go with Luka playing out of his mind and no other superstar to help him carry the team?

Is Boston the team to beat playing arguably the best offense and defense in the league?

Is Miami getting overlooked?

I'm not trying to get anyone to buy in to the playoffs that isn't watching them or stating its the same product that it was when Jordan was playing, I'm just enjoying the ride a bit more this year then the previous years.

The Warriors Are Back

Good to see, they were a pleasure to watch during their championship run with
The Smash Brothers Nailing Threes from Way Downtown all game long

At closing time in a close game

Who you gonna call

When all is said and done, in conference championships and the NBA championship
those with experience have ice water running in their veins

Celts are finally back, they are serious and Tough

Warriors-Celts would be a classic series

The Maverick's Luka is really fun to watch

But who knows: Could be Dallas vs Miami for the Cup